Jane Bond Will Not Be Enough 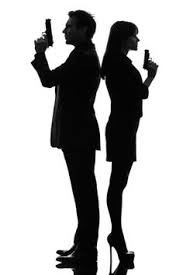 It’s difficult to escape the current trend of new versions of classic films with female leads. Ocean’s 8, Star Wars and Ghostbusters are good examples; we also now have Jodie Whittaker as the first female Doctor, and the idea of a Jane Bond has been circulating for a long time, although she hasn’t yet materialised. All of these have met with significant backlash from certain groups of male fans – Ghostbusters quickly became the most disliked YouTube trailer in film history, and still has 1.1 million dislikes on the platform. I don’t want to engage with this kind of petty misogyny, however; what concerns me more is the lack of will to interrogate the sort of feminism that these films present. Whilst I am as glad as anyone that the thirteenth Doctor is a woman, I do want to suggest that these films and television programmes are not nearly as feminist as we might think.

One of the reasons people find it so hard to imagine James Bond as Jane Bond is because the role of James Bond seems to require misogyny. Jane Bond doesn’t feel realistically predatory in the same way; not that women can’t be predators, but that it’s hard to visualise such enormously successful narcissism in someone whose actions aren’t supported by society. Jane could be as much of a sex pest as James, but she would still read slightly incongruously, because the character takes up a male space in a male narrative. Jane Bond is an extreme example of this, because of the extreme misogynistic entitlement in the Bond films, but learning to recognise works like Star Wars, Doctor Who and Ghostbusters as inherently problematic narratives is an important step in realising that a female lead character is not enough to make media feminist. Much like having Theresa May or Margaret Thatcher as heads of state did not make Britain a feminist state, it’s difficult to claim that Star Wars is now a feminist franchise thanks to the new lead Daisy Ridley – we only need to look at the way Rose, a woman of colour, has been cut out of the saga’s merchandise and publicity, and the all-too-familiar trope the female sacrifice for the male hero (although, unlike most iterations of the trope, Rose survives). Whilst I don’t deny that Doctor Who’s politics have largely improved since the departure of Steven Moffat, it is hardly a great work of feminist media; the narrative of the white person arriving on a planet full of aliens who are often dubiously racialised is a classic example of the white saviour complex in the media. Jodie Whittaker’s Doctor’s series opened with the death of Grace, a black woman, drawing the Doctor together with her companions and as the motive that pushes her two male companions to travel with her. Both Star Wars and Doctor Who thus still show the sacrifices of women of colour not as important in their own right but as moments in the journey of the male characters. These are both more subtle iterations of the blatant racism we see in Ghostbusters with the treatment of Leslie Jones’s character, Patty, who is portrayed as the sassy, uneducated mechanic beside the three intelligent women doing the actual saving. If we’re holding up all these media as feminist, we need to ask ourselves who our feminism is for.

White feminism has an awful lot of problems, and one of them is jumping on the train of films like this, but I can’t even claim that these narratives are white feminist narratives – most of them are still male. All of these characters were originally created by men, and the only input of a woman in the writing of the women of Doctor Who, Star Wars or Ghostbusters was Katie Dippold, half of the writing team on the latter film, although not the creator of the individual characters. Ghostbusters is similar to Ocean’s 8 not only in that the characters in the original films were conceived by men, but that men in the “feminist” adaptations seem to have had a lot more say on the creative side of things; one half of each writing team was male, and that man was also the director. When we start to look behind the “feminist” face of the franchise, we see that this is a male narrative, with a woman ventriloquising a male voice. We may centre women’s faces, but we’re not centring their voices and we’re not telling our stories. We’re not allowing for female creativity. Under this model, we don’t even get original stories about women. Instead, women are forced to assimilate into the male creative model, and this is heralded as a success. We cannot create anything new, and we certainly can’t create anything that represents our truth. Rather than revolutionising storytelling, we are absorbed into stale male patterns and expected to be grateful for this “feminist victory”.

Furthermore, we need to ask whose pockets these films are lining. Two more films heralded as feminist successes in this decade were Philomena and Carol, both of which dealt with taboo topics (the Magdalen Laundries and lesbians respectively) on film – but these films lined the pockets of Harvey Weinstein, who has since fallen quite dramatically from grace. Since the #metoo movement took off in the mainstream in 2017, sexual harassment and abuse scandals have continued to come out of the woodwork, and it is not unreasonable to assume that Hollywood is overrun with them. The idea of the money I paid to see Judi Dench as an Irish woman trying to find her child after he was sold by the Catholic Church goes into the hands of a sex abuser makes me deeply uncomfortable. Even if those who are profiting off these films are not rapists of the Weinstein variety, we should be careful about letting the film industry rebrand male narratives and resell them as feminist to capitalise on an emerging audience. A movement for justice being commercialised for profit in this way should make us all uncomfortable – “feminist” media that does not centre the voices of women is not only deceitful, it is in fact a way of perpetuating injustice.

This doesn’t mean to abandon film – but it does mean that we should carefully question the motives behind the recent rush to make so-called “feminist” films whose creatives are largely men, and in our own creative work we should be creating spaces that centre the voices of women and other minorities. We should never confuse that with Jane Bond.

Molly O’Gorman is the Zine Officer for the CUSU Women’s Campaign.